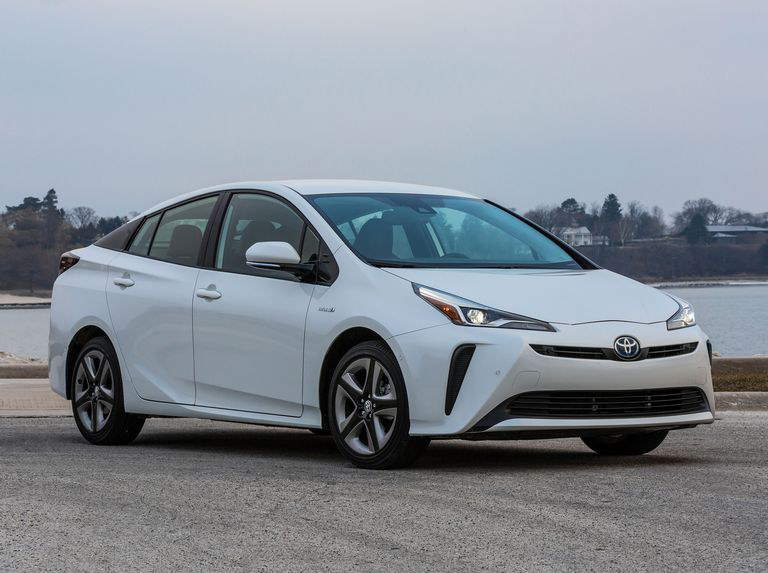 The Toyota Prius is a full hybrid electric automobile developed and manufactured by Toyota since 1997.

Initially offered as a 4-door sedan, it has been produced only as a 5-door fastback hatchback since 2003.

In 2007, the United States Environmental Protection Agency (EPA) and California Air Resources Board (CARB) rated the Prius as among the cleanest vehicles sold in the United States, based on smog-forming emissions.

The 2018 model year Prius Eco ranked as the second-most fuel efficient gasoline-powered car without plug-in capability available in the US that year, following the Hyundai Ioniq Blue hybrid.

The Prius first went on sale in Japan and other countries in 1997, and was available at all four Toyota Japan dealership chains, making it the first mass-produced hybrid vehicle.

It was subsequently introduced worldwide in 2000. Toyota sells the Prius in over 90 markets, with Japan and the United States being its largest markets.

Global cumulative Prius liftback sales reached the milestone 1 million vehicle mark in May 2008, 2 million in September 2010, and passed the 3 million mark in June 2013.

Cumulative sales of one million were achieved in the U.S. by early April 2011, and Japan reached the 1 million mark in August 2011.

As of January 2017, the Prius liftback was the world’s top-selling hybrid car with almost 4 million units sold.